Putty is part documentary project, part party. It is a public art sculpture and playhouse where the talk show format is appropriated and distorted.

Originally staged at Indy’s State Street Pub as best case scenario bar chatter, Putty has honed its line of aesthetic questioning, focusing on the material realities of artist’s lives. Positioning itself as occupying a “low role in high art,” Putty has nothing to lose in foregrounding gossip and other topics glossed over in museum talks.

Putty has toured to Cincinnati, Columbus, Pittsburgh and Philadelphia and will complete a season at Hopscotch Coffee in Bloomington, IN in 2019 with support from a BUEA Zone Arts Grant. 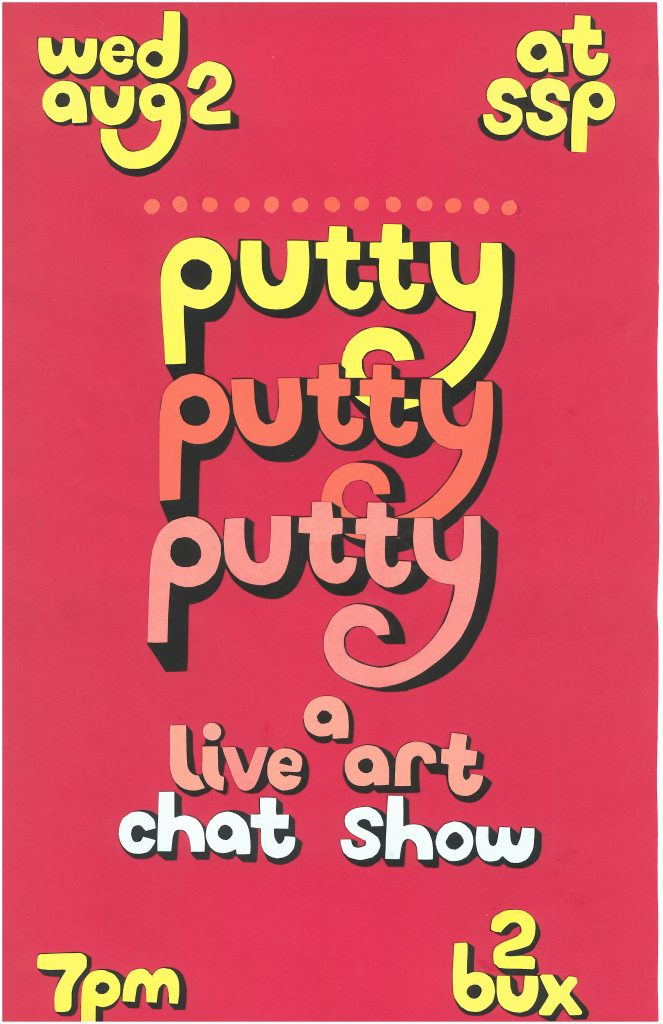 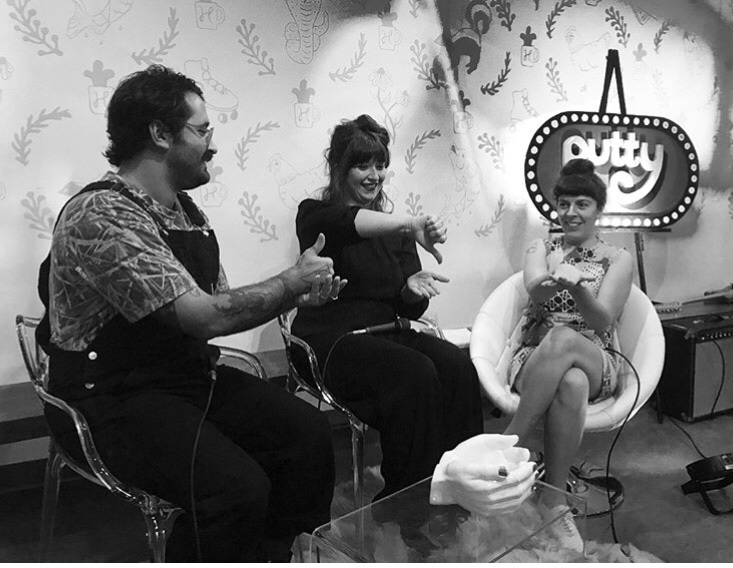 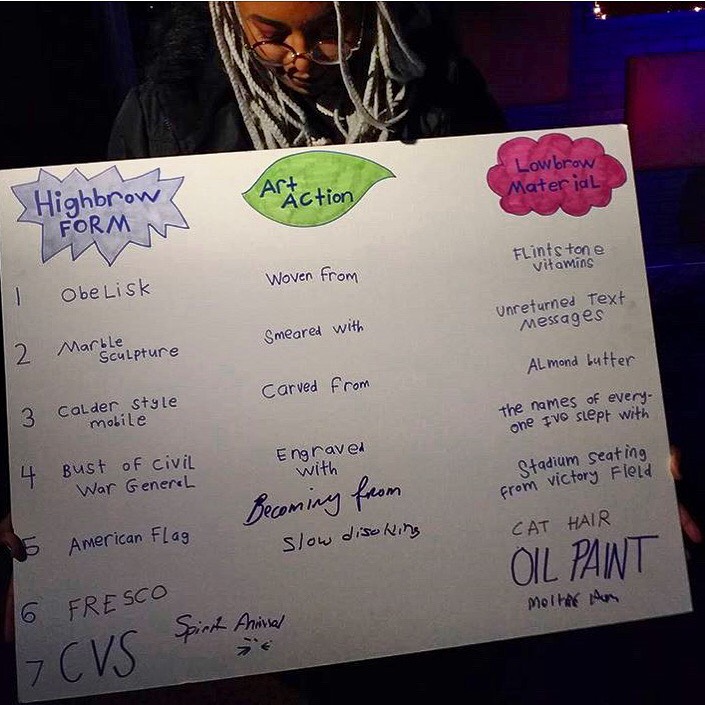 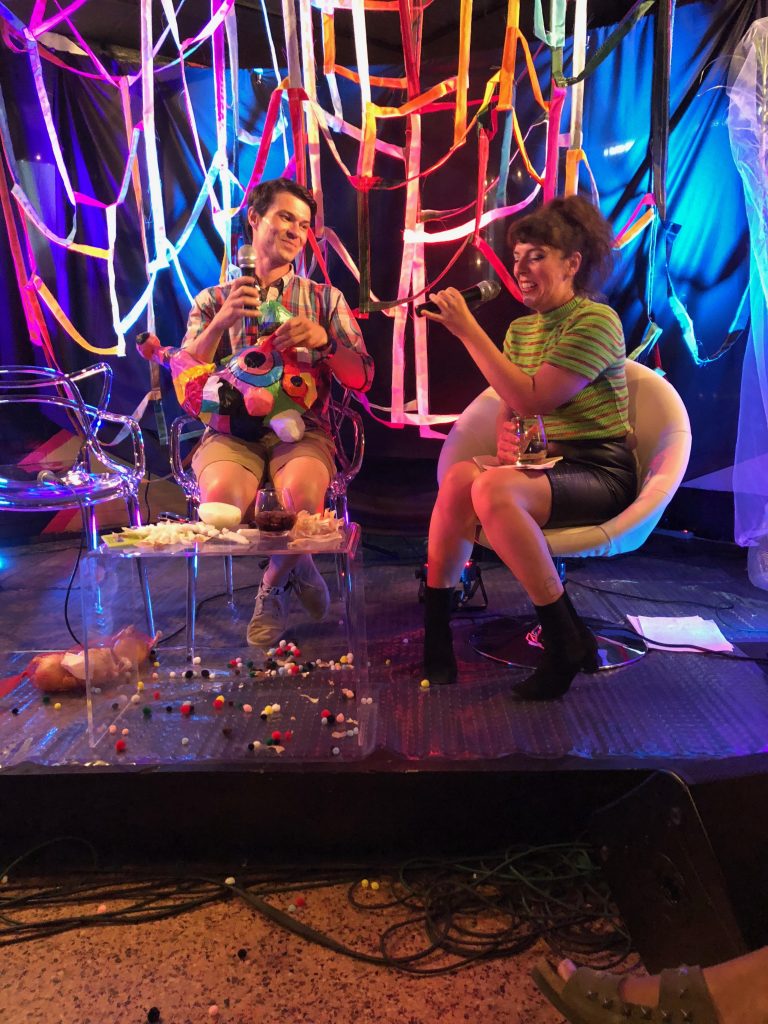 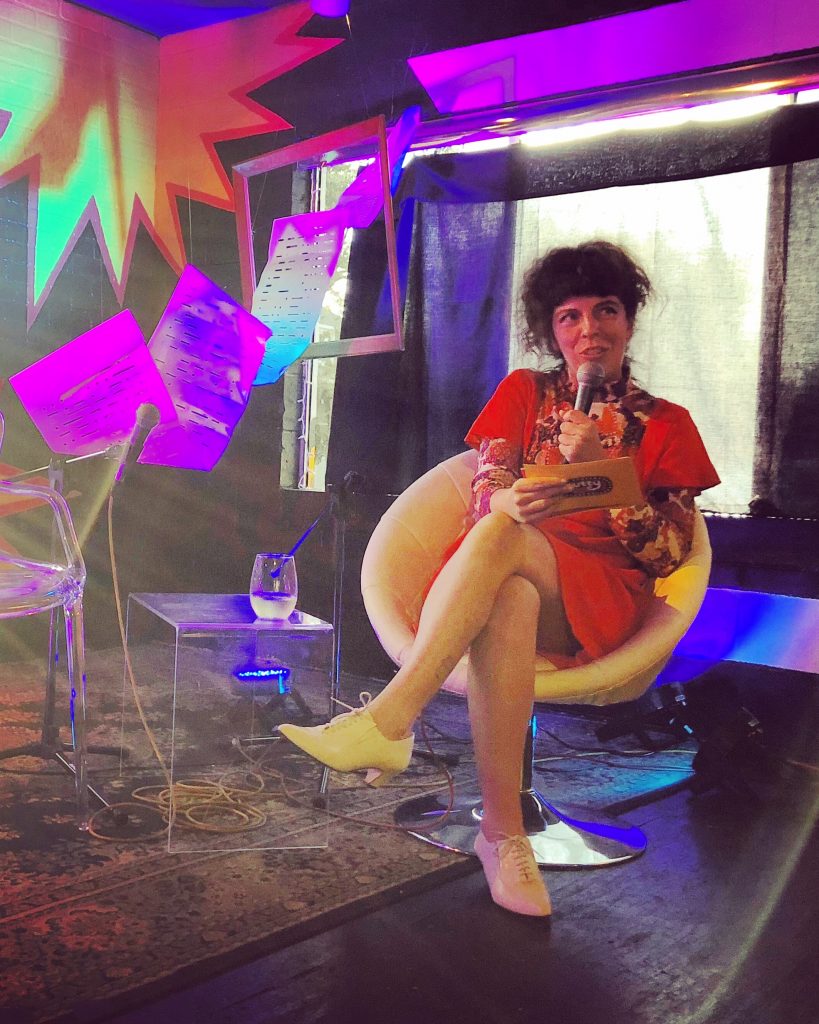 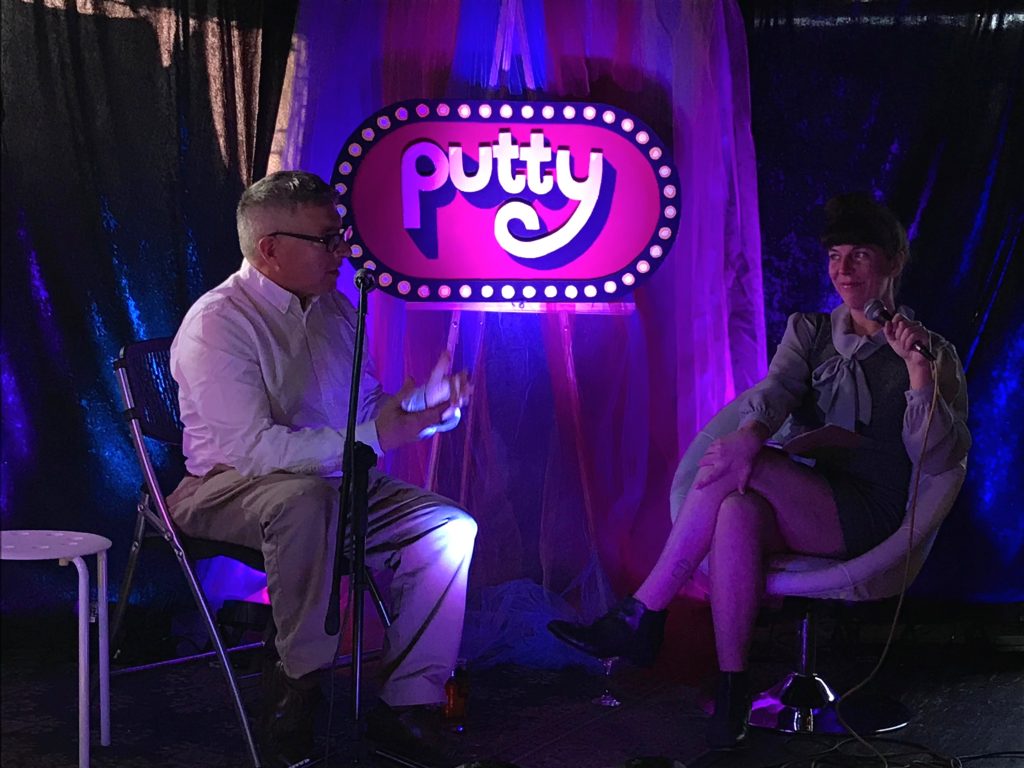